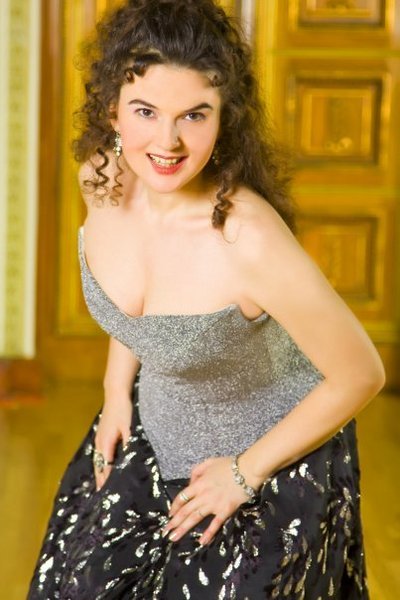 Romanian born mezzo Oana Andra graduated with the highest honours both in violin and singing from the Academy of Music in Bucharest with Prof. Maria Slatinaru-Nistor. She perfected her art under various world-class professionals as Carlo Cossutta and Sir Colin Davies. She has been awarded in 15 international competitions whose juries featured Jose’ Carreras, Christa Ludwig and Birgit Nielson among others.

Her extensive repertoire ranges from Mozart to Ravel and the contemporary idiom. Her singing engagements have taken her all over the globe and she has collaborated with such artists as Nicolai Ghiarurov, Ruggero Raimondi, Renato Bruson among others. She has recorded opera arias and lieder for the Romanian National Broadcast.

In 2011 Oana sang the role of Adalgisa in the production of Norma at Teatru Astra, a performance which received with wide acclaim from both the audience and the critics.